Hervé Kerlann still has vivid childhood memories of hours spent playing in the Maison Peyrat-Chèze’s family cellars on the Quai du Priourat in Libourne. His maternal great-great-grandfather, Antoine Chèze, was a man with a strong entrepreneurial streak, like many of his wine trader friends from the Corrèze (Moueix, Borie, Manoux, etc). Like them, he was both a wine trader and vineyard owner, possessing around a hundred hectares of vines and several renowned wine domaines.

Charles Kerlann, Hervé’s father, was also strongly influenced by the land of his birth. This brilliant civil engineer was both a builder and an adventurer, as the natives of Britanny often are.
His love of travel took him to the four corners of the globe. Hervé has inherited the same love of travel and the scientific discipline necessary for anyone seeking to understand and, above all, change the world.

Hervé Kerlann was born in 1953 in Morocco, where his father was working at the time. The family moved to Libourne in 1957 when his father took over Peyrat-Chèze, his wife’s family’s wine trading business. Charles Kerlann had met his wife some years earlier when harvesting at Château Lagraula – a property of Marguerite Chèze.

Hervé’s mother’s premature death, when he was just 11, and the later sale of the family wine business in 1976, was naturally a sad and difficult period for him. At a time of heightened interest in other cultures, his strong desire to travel would provide the solution….

After finishing high school and gaining a degree in English and Communication, Hervé moved to Quebec in 1977. He stayed there for over ten years, working as a film editor in the summer and in wine sales in the winter… keeping the family tradition alive!

In 1988, anticipating the major economic role that the Asia-Pacific region would play in the late 20th century, Hervé moved to Vancouver, devoting himself entirely to the wine business. After sales experiences in Vancouver, he returned to France in 1991 to work as export director for a renowned Burgundy wine company.

He fell in love with this fine wine region, which had yet to fully develop its Asian export activity. He put his skills into practice in 1993 with the creation of DDD (Direct Domaines Distribution). This small company is still one of the leaders in the marketing and distribution of (mainly Burgundy) fine wines in Asia today. 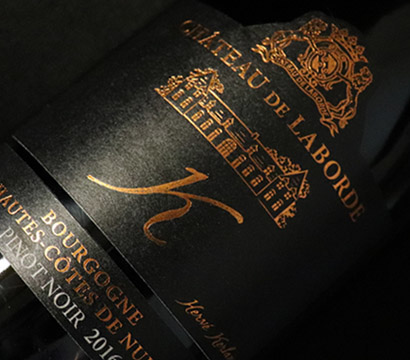